Complaints are an opportunity

My experience tells me that bad service usually comes down to poor communication and not a fundamental flaw in the solution itself. Not telling the truth, not being clear, and not being in touch often enough cause the frustrations. Customers can usually deal with honest management of their expectations. - By Eoin Lyons 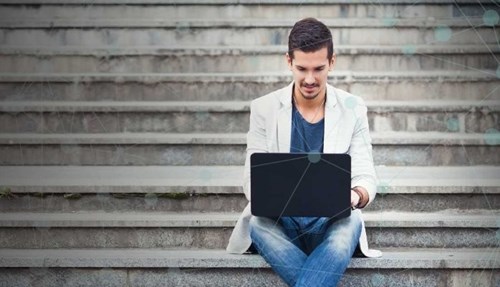 Many years ago I worked in a part of the business that sent a customer satisfaction survey by post to every customer who had used a particular service. The response rate was a surprisingly high 25%. Such a high response made the insights very useful and reliable.

In addition to tracking trends I pulled each case - usually 8 to 10 per month - where a customer had expressed dissatisfaction. In each case I reviewed the details of the case and I picked up the phone and called the customer.

In all cases the customer was surprised to hear from me, and in about half they “withdrew” their negative feedback saying the service was actually quite good but they had one particular issue or problem they wanted to make us aware of. The other half usually involved an investigation and getting into writing with an apology accompanied by a gesture of goodwill. I would like to think in almost all cases we turned around a negative experience and protected a relationship.

The Financial Ombudsman Service (FOS) has issued its review covering a wide range of issues relating to its work including complaints. The primary issue resulting in complaints to FOS is the quality of communication between insurers and their customers. This applies whether a complaint is about how an insurer sold a policy, how they administered it, or how they dealt with a claim.

Generally, the root of the problem is communication at the time the policy was sold – in particular, how the policy terms and conditions were explained and understood. For example, some people who contacted FOS said they had not ever been told about the policy term that the insurer was now using to turn down their claim.

FOS say that insurers continued to tell it their customers had not disclosed or had misrepresented important information – in some cases, suggesting claims were fraudulent. However, FOS say that often found insurers had not asked clear enough questions. Where an intermediary was involved, FOS sometimes identified problems with how information had been passed to the insurer.

A large proportion of complaints involved claims that insurers had already accepted. Unfortunately, customer service issues – including poor communication – had made the settlement process unnecessarily stressful. Problems seemed particularly prone to arise when one or more third parties were involved – such as loss adjusters and contractors.

Some complainants were frustrated at on-going delays, for which they could not seem to get an explanation. In many cases, these communication issues had caused avoidable upset at an already difficult time. FOS want to encourage firms to see beyond the claims process and instead focus on what their customer is actually going through.

My experience tells me that bad service usually comes down to poor communication and not a fundamental flaw in the solution itself. Not telling the truth, not being clear, and not being in touch often enough cause the frustrations. Customers can usually deal with honest management of their expectations.

I don’t think couriers deliver any faster than they did 10 years but I’d imagine they have far fewer people chasing them on the phone and far fewer service complaints. I certainly feel peace of mind when I can keep abreast of where my parcel is at any given time online and if I’m told in advance of a problem I don’t have much to say.

As the financial services industry moves from traditional methods to a more digital customer journey surely there is an opportunity to address the quality of communication. Giving customers a platform to keep up to date on their product or service in their own time and on their own device seems a major step forward. The winners will communicate with customers in their language and at the time and place where they are playing.